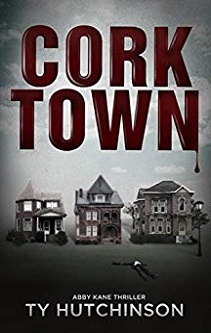 In the quiet Corktown neighborhood of Detroit, a mutilated body has the residents nervous and for good reason. Detroit Metro Police recognize the handiwork of the serial killer known as the Doctor. But there’s a problem with that. They locked him up seven years ago.

Because of her expertise with serial killers, FBI Agent, Abby Kane, is tasked with figuring out how this madman is able to kill again. When she visits the Doctor behind bars, he swears he’s innocent and not the psychopath everyone thinks he is. Oddly enough, Abby believes him.

This was an interesting start to a series. The detail was great, the crimes were well thought out and explained. Yes, that means there is gratuitous descriptions of gore and violence. This is a book about serial killers. You kind of need to expect that going in. As a reader, you could feel the frustration of the agents and communities as things just didn’t make sense and kept spiraling, implicating more and more.

Abby was a bit of fresh air. Too often, books with female protagonists try to make them act like the men around them instead of letting them be themselves. Having a female agent who cares about her kids, who insists on being unapologetically female and tiny in a world of stiff-upper lip agents and officers is so nice to read.

One of the twists I wasn’t expecting and wasn’t really a fan of. (NO spoilers here, sorry!) I was hoping for a different outcome, or for the issue at hand to be carried out through a few more books, at the very least. It was disappointing to have the twist turn out the way it did.

This doesn’t mean I won’t read more Abby Kane stories, not at all, just that I hope there’s an equal twist somewhere along the line that turns out a little better. Overall, if you’re a fan of Patricia Cornwell, James Patterson, and other crime-based thrillers, Corktown should be just your cup of tea.